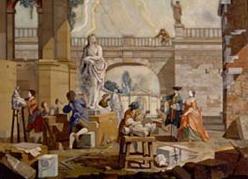 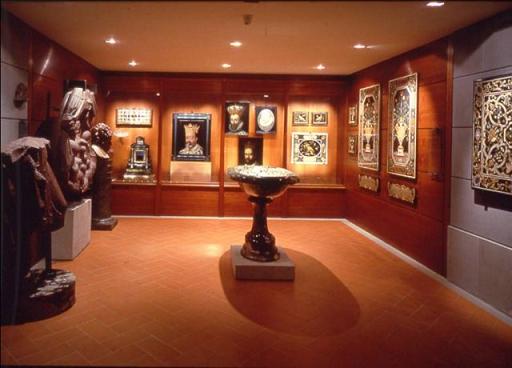 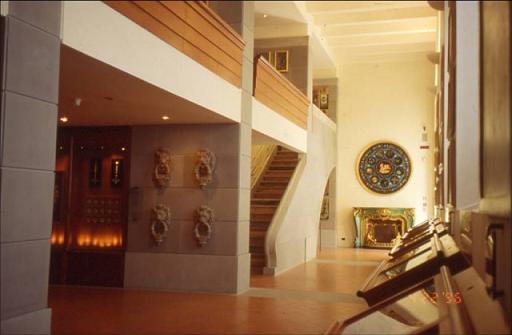 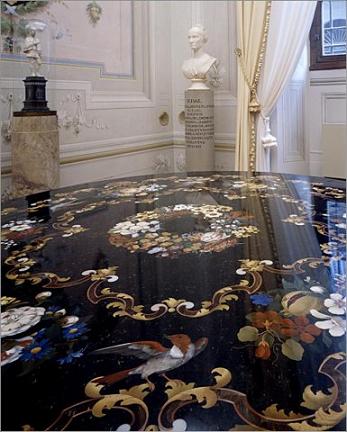 Via degli Alfani, 78-red - 50121 Firenze‎
2
www.opificio.arti.beniculturali.it
055-265111
The famous Opificio (workshop), founded in 1588, has provided decorations in semi-precious stone (pietre dure) for many important churches, palaces and museums in Florence and throughout the world -- most notably for the Cappella dei Principi in the Medici Chapels. A small museum displays examples from the eighteenth and nineteenth centuries, as well as tools once used in the workshop.

In the Museum attached to the Opificio delle Pietre Dure or hard stones workshop is concentrated all that remains of the former grand ducal workshops created by Cosimo I de' Medici, who turned his family's collecting passion to political ends even in this field of activity.
During the sixteenth century, Cosimo and his son Francesco invited leading stone engravers from all over Europe to work in Florence; these included the Milanese Saracchi and the German Bilivert. This raised the technical and qualitative level in the workshops, which were organized in 1588 by Ferdinando I de' Medici to include many artists and artisans in the court orbit such as goldsmiths, jewellers, engravers, lathe-workers and others, who now had a precise organization and an official seat in the Uffizi.
The work of stone engravers was particularly in demand in the seventeenth century during the creation of the Medici Chapels, but the House of Lorraine and later, Maria Luisa of Bourbon and Elisa Bonaparte Baciocchi took advantage of their skills which had gained for Florence an international reputation. Notwithstanding the changes in style, the technical level of execution remained very high. With the decline in court commissions and the falling-off of the work on the Medici Chapels during the nineteenth century, the Opificio's activity was directed towards the field of restoring marble inlays and mosaics. Its work in restoring antique sculpture is also rightly famous.
The present day location is that to which the grand ducal workshops were transferred under Pietro Leopoldo of Lorraine. These are in a group of old buildings which formed part of the former Hospital of St. Matthew and the adjacent convent of St. Nicholas. It was here that the laboratories, stores for old and precious materials and the little museum housing drawings, studies, incomplete hard stone inlays and those for the internal use by the Opificio were gathered. Among the more important pieces are Florentine and Northern landscapes of the sixteenth and seventeenth centuries, models and stone panels for the Cappella dei Principi, paintings on "pietra paesina" (where court painters created remarkable effects in paint), water stoups and precious boxes. From the eighteenth century date Zocchi's beautiful paintings designed to be rendered in stone, examples of scagliola decorations and, from the nineteenth century, tablets creating bizarre visual effects which document the vanishing of a technique still striking to visitors.
Of great interest are the work tables and instruments and a rare and widely representative range of lithological samples.

The Museum annexed to the Opificio delle Pietre Dure, currently a modern centre specialising in conservation, directly derives from the manufactory for the artistic production and workmanship of semiprecious stones which was officially founded in 1588 by Ferdinand I de’ Medici.

The physiognomy of the Museum does not correspond to a particular collector’s taste but is more the reflection of life and events of a centuries-old artistic production.

The most prestigious creations, frequently gifts on the part of the Florentine Grand Dukes, are conserved in palaces and museums throughout Europe, whereas the incomplete works were left behind in the workshops, along with modified or subsequently disassembled works. To these may be added all those artefacts which survived the 19th century dispersion, ending only in 1882 when the collection took on museum form. The latter examples, some of which are highly impressive and sophisticated, are sufficient in outlining the historic course of craftsmanship which unfolds over three centuries. The Museum, furthermore, possesses an important reserve of ancient marbles and semiprecious stones, whose assortment depends on the inlay technique employed at the time.

The Museum was renovated in 1995, to Adolfo Natalini’s design. The collection has been rearranged, under the guidance of Anna Maria Giusti, according to theme: the rooms created out of the great hall document works produced in the Grand-ducal Medici and Lorraine periods, whereas the 19th century rooms contain works of the post-Unification period. The mezzanine of the hall is dedicated to the craftsman’s techniques and includes a rich set of stone samples, work benches, tools and even didactic examples of a few of the production phases of intarsia and inlay work. It is, indeed, possible in this way to trace the full process, from the initial design through to the finished work, and to discover the most intimate mechanisms of a fascinating episode of Florentine art history.
Share 0 Tweet 0 +1

Buon Giorno. I live in USA and I am Italian American. I speak very little Italian. I would like to buy a small piece of pietre dure for my husband for Christmas. Maybe a paperweight or a very small tile. Not too expensive. I tried pittimosaici.com and got no response. Are there any stores or artists in Florence which sell pietre dure (the stone inlay) to people in the US or have a web site? I was in Florence recently and didn't have a chance to buy anything. Pietre dure is also made in India. I only want Italy. Please provide some names and emails or phone numbers of someone so I can buy a special gift for my husband.