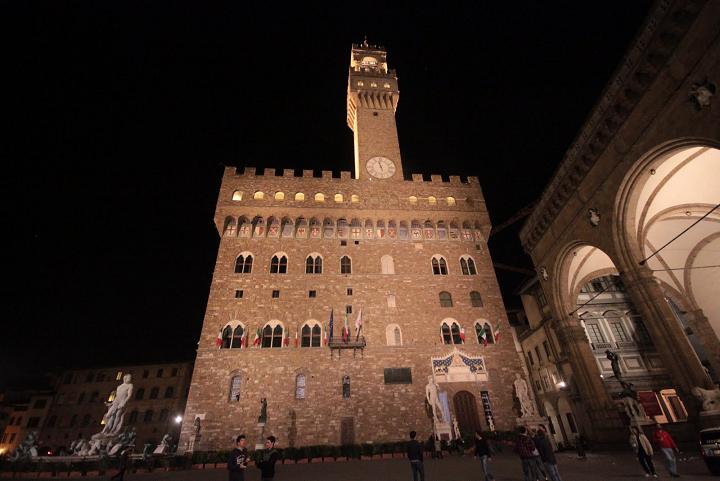 Beginning in fourteenth-century Italy, Europe went through a transition over 400 years from medieval to modern times known today as the Renaissance, meaning a 'rebirth' or 'revival.' The Renaissance is a nebulous concept for which there is no clear beginning or end. It does, however, usefully mark the complete recovery from the barbarism of the Dark Ages to the new advancement in all fields that transcended the achievements of the great ancient civilizations.

Many different factors at work in the Middle Ages contributed to this revival and new advancement. One was the renewed interest in learning. The first college at Oxford University was founded in 1264. By 1400 there were more than 50 universities in Europe. Education and debate were stimulated by access to ancient texts preserved by the Arabs and freshly translated into Latin. Europeans had made contact with the Arabs in the Holy Land, in Sicily, and in Spain. The rediscovered works of the ancient Greek mathematician Euclid, for example, became the standard for teaching mathematics into the nineteenth century. The Arabs also transmitted a new system for numbers, the concept of the decimal point, and the concept of zero, all invented in India. The spread of learning accelerated rapidly following the invention of the printing press around 1450.

A second factor was the rising standard of living, especially in the great commercial cities of Italy. The Crusades had opened European eyes to the wealth of the East, especially silks, spices, and cotton. The merchants of Venice, Genoa, Florence, and other cities came to dominate the trade between Europe and the Eastern Mediterranean. With the excess wealth they accumulated in business, these merchants began embellishing their homes and cities with art. Sculpture, painting, architecture, music, poetry, and literature found new expression, exhibiting an interest in subjects beyond the religious themes that dominated previously in the Middle Ages. Popular depictions of everyday life, romance, and adventure revealed that European culture was becoming more humanistic and less focused on religion.

The revival was also due to technological progress that led to more efficient production of goods and services. Manufacturing, farming, and trade all improved past the abilities of the ancients. The drive for profits encouraged inventiveness and exploration. A middle class of merchants and craftsmen began grasping political power commensurate with their economic power, at the expense of a declining nobility.

By roughly 1500 the nations of Europe were leading the world in many important technologies. Energies unleashed by the exploration of the world, the search for trade routes, the Protestant Reformation, and continued political competition in Europe itself would make Europe the dominant region of the world within a few centuries.

Throughout the Renaissance, the Italian peninsula was a shifting mosaic of small states, divided by politics and geography. Painting, naturally, reflected regional differences. Artists who trained in local workshops helped retain traditional styles, but other forces, including travel and changing tastes, influenced them in new ways.

The works in this room were painted by artists from three northern cities: Padua, Ferrara, and Venice. In the early 1400s Padua was an important university and humanist center.
Commissions there attracted several artists from Florence, whose works introduced Renaissance innovations to northern Italy. Perhaps the most influential was a series of bronze reliefs by Donatello, completed in 1453. His use of perspective and overlapping planes to create the illusion of depth must have been a revelation to artists accustomed to the decorative but essentially flat style of late Gothic art.

Andrea Mantegna, who probably saw Donatello's work in progress, adopted the orderly, readable space to unify multipanel altarpieces with a single continuous background. And in an influential series of frescoes, he enhanced the viewerâ€™s sense of sharing the picture space by dramatically foreshortening figures and projecting them over the frame.

A member of humanist circles, he made a careful study of ancient art and architecture. Not only did Mantegna pose his figures like statues, he also gave them a stony coolness. Mantegnaâ€™s hard surfaces and tense lines influenced, in turn, artists from nearby Ferrara, where the demands of a sophisticated court fueled a distinctive and elegantly artificial style. Venetian artists also worked in Padua, which had been under Venetian control since 1405. Among them was Jacopo Bellini, whose daughter Mantegna married.
Jacopo began to treat his picture space not simply as a surface to be decorated but, as Florentine theorists urged, like a window for the viewer.
Share 0 Tweet 0 +1
Previous Next