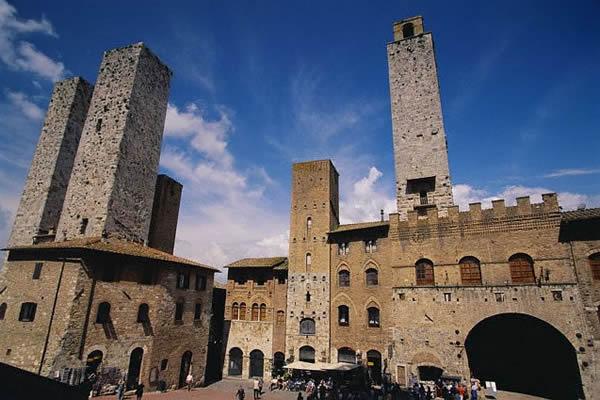 The area where San Casciano is located, was one of the most important of Tuscany as the village was situated on the ancient road which joined Siena to Rome.The village,fortified around the middle of the XIV century,was besieged and conquered by Alberigo da Barbiano in 1396.It had to stand another siege by imperial troups in 1478. There are still visible parts of the fencing walls and square towers.

San Casciano Val di Pesa is the ancient road connecting the Val di Pesa and Greve valley, before it became property of the Bishops of Florence and later of the Florentine republic. In the years from 1355 and 1357 were elected to the walls of the castle and the medieval towers that were later reinforced in the sixteenth century by Cosimo I de Medici.

The Museum of Sacred Art is housed in the Church of Santa Maria del Gesu, located right in the center of San Casciano and collects works of art from their own and four other churches in the area. In the classrooms we find paintings and panels dating from the fifteenth century and in the sacristy documents the painting of the XIII XV including the famous altarpiece with 'St. Michael and stories of his life' made by Coppo di Marcovaldo and the Madonna and Child by A. Lorenzetti. Among the sculptures of considerable importance is the stem of a baptismal font made of alabaster (typical material originating in Volterra) in 1200 carried out by the French Master of Cabestany.
The museum contains works of Mercy once commissioned by the historical Compagnia della Misericordia. Above the altar you can see a crucifix in 1325 by S. Martini, also within a Madonna and Child, a St. Francis and a San Pietro di Ugolino di Nerio.