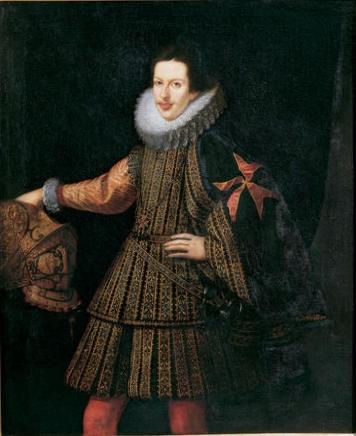 Cosimo II was the son of Ferdinand I. He became Grand Duke in 1609. He was a patron of Galileo and appointed him as his personal philosopher and mathematician, along with the title of Professor of the University of Pisa, although the latter without any teaching obligations.

The government of Cosimo II de 'Medici was tormented but wise. Under him the Tuscany lived in a period of economic prosperity and the population increased significantly in spite of those times there were years of bad harvests.

Galileo wanted to dedicate the satellites of Jupiter, later denominated "Medicea sidera", to him, and he also made him a gift of a proportional compass. From 1605 onwards he employed in his service Robert Dudley.
Share 0 Tweet 0 +1
Previous Next