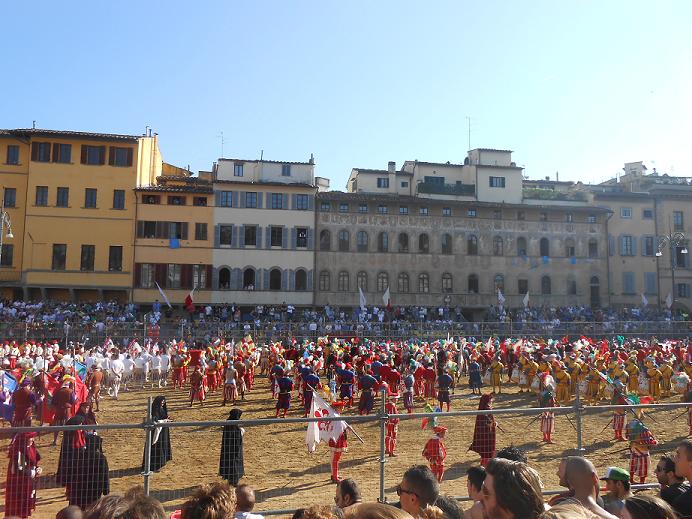 Scoppio del Carro. Every year, Sunday of Easter, the wagon is pulled until the Public square of the Dome. At the 10 a.m. from the altar part a rocket that hits the wagon and make start the artifice fires.
6 January - Dome Public square
Easter

Calcio Storico Fiorentino (Florence Historical soccer). The 19, the 24 and the 28 june, in Santa Croce Public square is disputed three soccer games with more than 500 players with medieval custom. The four teams represent 4 quarters of the center of Florence. This event attracts many people every year and is between the more important.
June - Santa Croce square
Tel. +39-055-2616052

Festa della Rificolona (Rificolona Festival). It is the festivity of the children; the 7 september carry hung to of the rods, some lights called 'rificolone' for the roads and the public squares.

Festa del Grillo (Cricket Festival). Every year, the Sunday of Ascension, in the Cascine park there are markets where is possible to acquire crickets in colorful cage. In past, during this festivity the in love young people decorated with flowers doors and windows of the mistresses and gave them the crickets.
Sunday of Ascension - Cascine Park