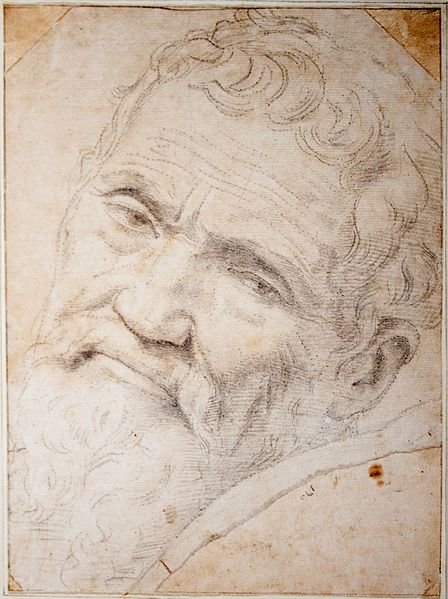 One of the greatest figures of the Italian renaissance, Michelangelo Buonarroti was born in Caprese, Italy on March 6, 1475. At the age of 13, the young Michelangelo was apprenticed to Domenico Ghirlandaio, who at the time was painting a chapel in Florence.

It was here that Michelangelo learned the technique of painting onto fresh plaster or 'fresco'. At the age of fifteen, Michelangelo began to study sculpture under Bertoldo di Giovanni, in the home of Lorenzo de' Medici; one of the most powerful figures in Florence.

During this period he completed the Madonna of the Stairs and the Battle of the Centaurs. After the death of Lorenzo de' Medici, Michelangelo left Florence, going first to Bologna and later to Rome. There, he carved the Bacchus and then the Pieta which is in St. Peter's basilica in Rome.

In 1504 Michelangelo completed work on his 'David', or 'giant' as it was called by his fellow Florentines. Later that year, Michelangelo worked on a fresco of the Battle of the Cascina; unfortunately it was later destroyed. During this period, Michelangelo also produced several Madonnas; including a statue of the Madonna and Child (the Bruges Madonna) which was purchased by a Flemish merchant and is now in Bruges (Belgium), and two marble reliefs, the Taddei tondo and the Pitti tondo.

Michelangelo was delighted when he was summoned to Rome by Pope Julius II to carve his tomb for him. The piece was to contain forty lifesize figures, but was never fully realized. In 1508, Michelangelo instead began work on the frescoes for the ceiling of the Sistine Chapel, a task that occupied him for four years. Upon completing the Sistine Chapel, Michelangelo returned to the work on Julius' tomb. He completed the figure of Moses and left two slaves unfinished. Following Julius II's death in 1513, he continued to work for Pope Leo X, Lorenzo de' Medici's son. His work took him back to Florence where he created tombs for Giuliano and Lorenzo de' Medici (II) and designed the Laurentian library.

In 1534, Michelangelo left for Rome. He painted the Last Judgement on the end wall of the Sisitine Chapel, designed the dome for St. Peter's and the Capitoline Square (all at the Vatican). His last works were the frescoes of the Crucifixion of St. Peter and the Conversion of St. Paul in the Pauline Chapel in the Vatican. Michelangelo Buonarroti died on February 18, 1564.
Share 0 Tweet 0 +1
Previous Next